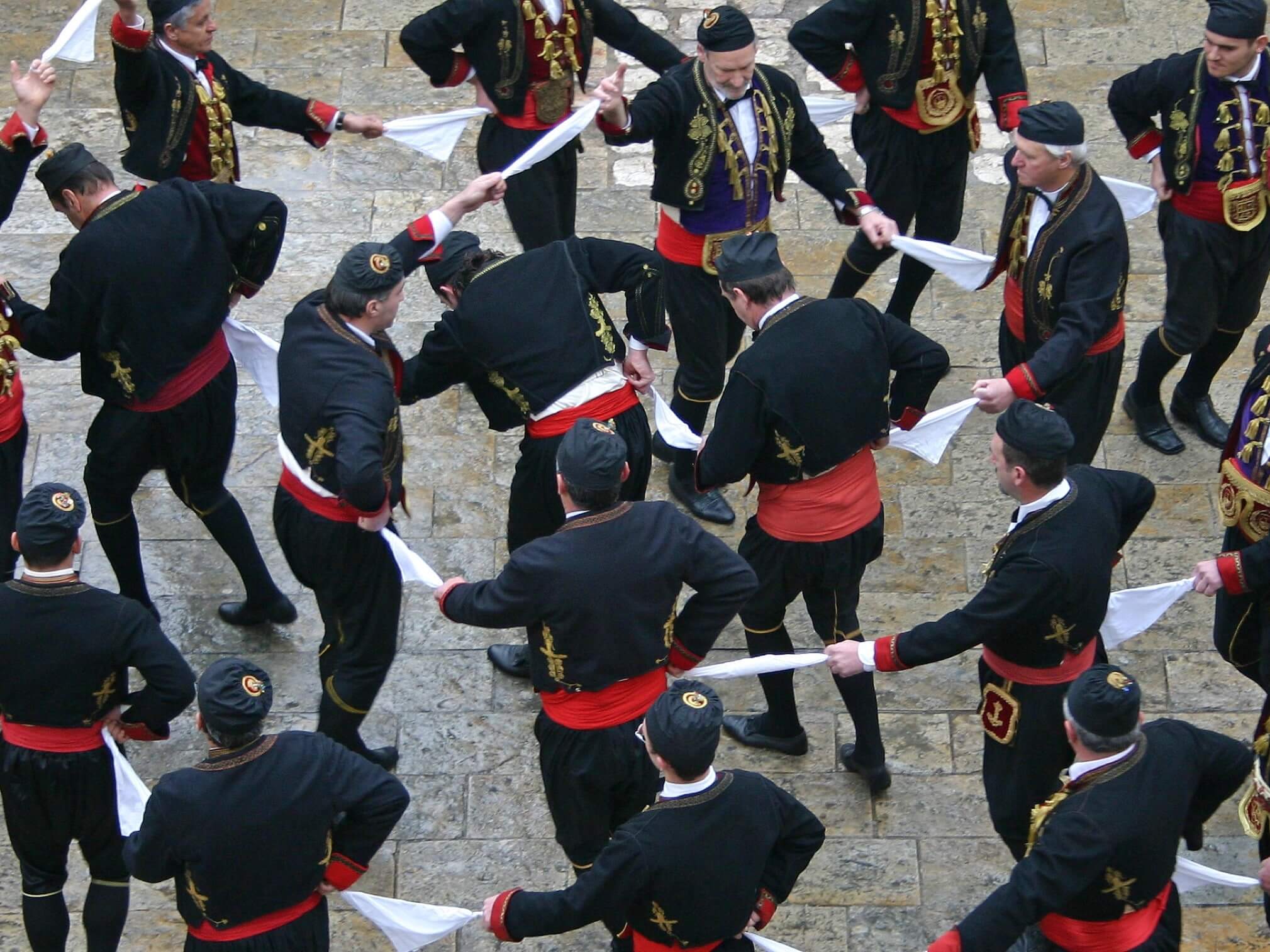 Boka Navy: Let’s offer hands to each other

It is hard to find an organization that has for such a long time – 1207 years, managed to preserve its attributes that make it a living intangible cultural heritage. These attributes are: customs, language and costumes. It is a popular belief that the presence of Boka Navy in Kotor dates back to 13th January 807, when it allegedly took part in the translation of the relics of Saint Tryphon to the Town.

St. Tryphon’s festivities start on 13th January, commemorating the date of translation of the relics of the Saint. On that date higher and lower ranked officers of Boka Navy are appointed. This day is commonly known as “Karike”, which means a burden, duty, assumed by the newly appointed officers. This date was established by the decision of the Great Assembly held on 30th December 1631.The external part of the festivities commences on 27th January.

This date coincides with the celebration of Saint Sava the Illuminator, in front of the Orthodox Church of St. Nicholas in the presence of both Orthodox and Roman-Catholic believers, after the conclusion of which, they all come in front of the Cathedral, where at 12 p.m., the Little Admiral of the Boka Navy, expresses lauds to Saint Tryphon, after which the Town Brass Band play the traditional Boka Navy dance.

The following is the list of the elements of cultural heritage: mutual respect, appreciation for and understanding of differences among the believers of various religions and members of different national background.

The censing of the relics of St. Tryphon, the evening before the celebration, which ceremony six Roman-Catholics and six Orthodox believers participate in. Such composition dates back to the Austro-Hungarian times is yet another confirmation of the symbiosis of the elements of the intangible cultural heritage, tradition, language, performance.

The verses of Boka Navy dance, the author of which is captain Pavo Boža Kamenarović, (19th c.), are an illustration of inter-religious and inter-national coexistence.

Pokažimo svim okolo, (Let’s show to everyone around)

I mi kao naši djedovi, (That we, just like our grandfathers,)

Da u rodu ne zaludu (Are not related in vain)

Jedne smo majke sinovi.“ (But sons to one mother.)

It is not difficult to recognize in these verses basic messages of this poem: brotherly concord, language, dialect, therefore messages which are contained in St. Tryphon’s festivities. Even the commands given constitute the preservation of language and dialect, just like the costumes and weapons, their preserved names, as the products of the former Kotor crafts (creations) have the attributes of the intangible cultural heritage, preserved through the ritual festivities of Boka Navy. Therefore, still as a “living matter” with ritual function.