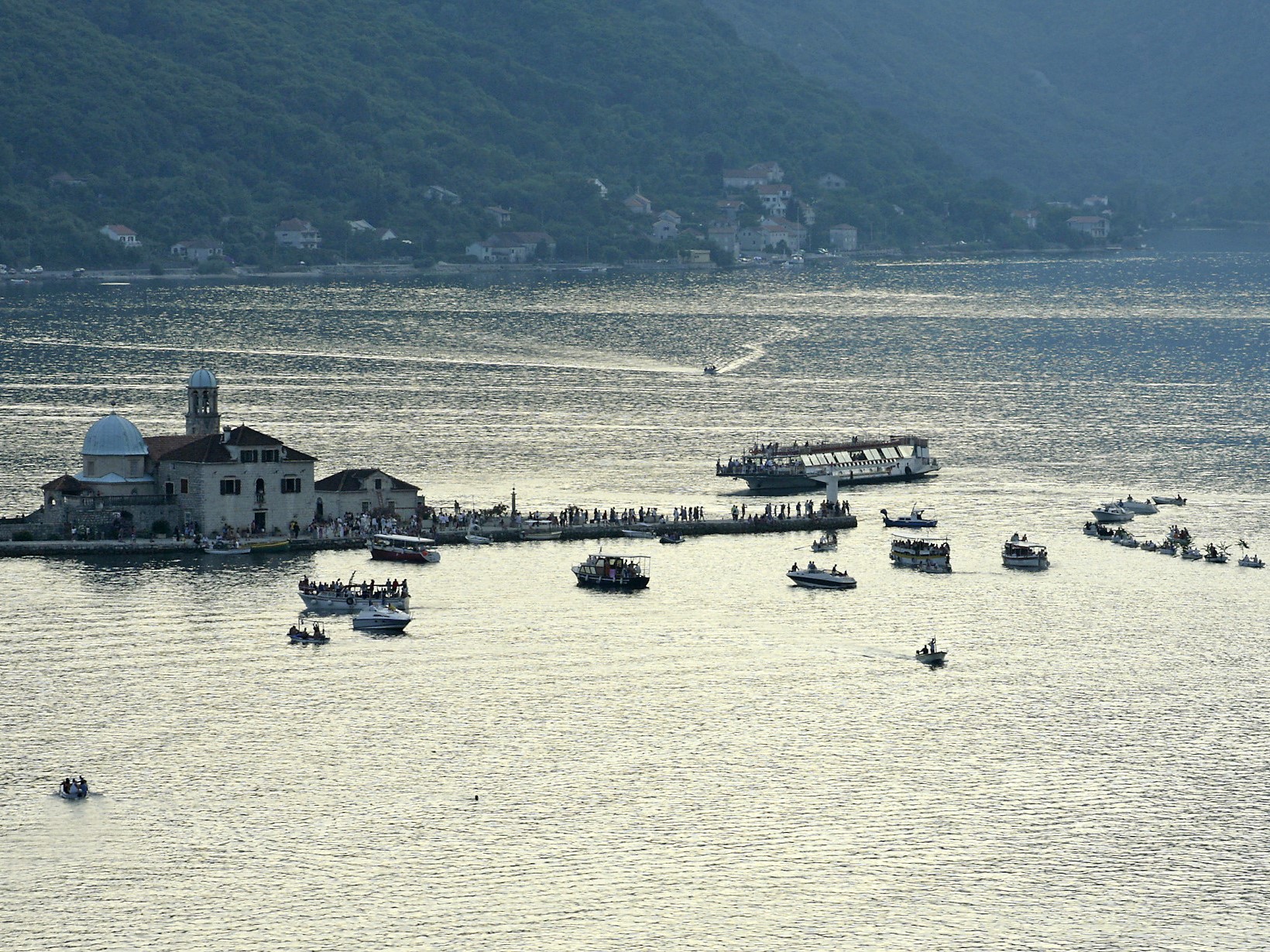 Our Lady of the Rock and Saint George

Guides / Our Lady of the rock and St. George

St. George is a natural island with an homonymous twelfth century church, and a graveyard where natives of Perast were buried during the past.The islet of Our Lady of the Rock is an artificial island created by sinking stones and old sailing vessels around a crag

There is a legend associated with St. George and its graveyard, the legend about the unfortunate love between two young people, separated by life but joined in death. Namely, when the inhabitants of Perast had conquered the fortress above the town called Holly Cross in 1813, the French withdrew to the islet of St. George, where they placed the cannons. Upon the order issued by his superior officer, Ante Slović, a French soldier, opened fire in the direction of the fortress. Instead of the fortress, he hit the house where Katica Kalfić, his girlfriend, lived. She died and was buried on the islet of St. George, in the old Perast graveyard. The unfortunate soldier decided to stay in the monastery there, to become friar Frane, from where he would chime the bell every day, until his own death. According to his will, he was buried next to his beloved one. The story of the unfortunate love between the French soldier and Katica Kalfić, reportedly served as the inspiration to the famous Swiss painter Arnold Böcklin for the famous painting the Island of the Dead. The islet of Our Lady of the Rock is an artificial island created by sinking stones and old sailing vessels around a crag, in order to create an area of around 3 000 m2 for the construction of the present Our Lady. The main altar is located above the crag on which Mortešić brothers, as legend has it, found the painting of the Mother of God.

Alongside the Church there is a building of the archaeological-ethnological museum. Therefore, the islet is called the “Floating Gallery”, which is one reason more for paying a visit to it. Another reason to visit this place is the solemn occasion of sinking stones around the islet, called Fašinada, which is linked to the manner of its creation. Its treasury is a special archaeological-ethnological museum, while the islet, its authenticity, rarity, degree of preservation, its historical, technical and social importance, recommended it for the inscription on the UNESCO World Heritage List. In the building located next to the Church of Our Lady of the Rock, there is a museum the exhibits of which are archaeological objects, paintings of Perast ships, parts of ship equipment and instruments, and particularly attractive embroidery showing the altar of the Church of Our Lady of the Rock, made by Hijacinta Kunić from Perast, who even applied her own hair.