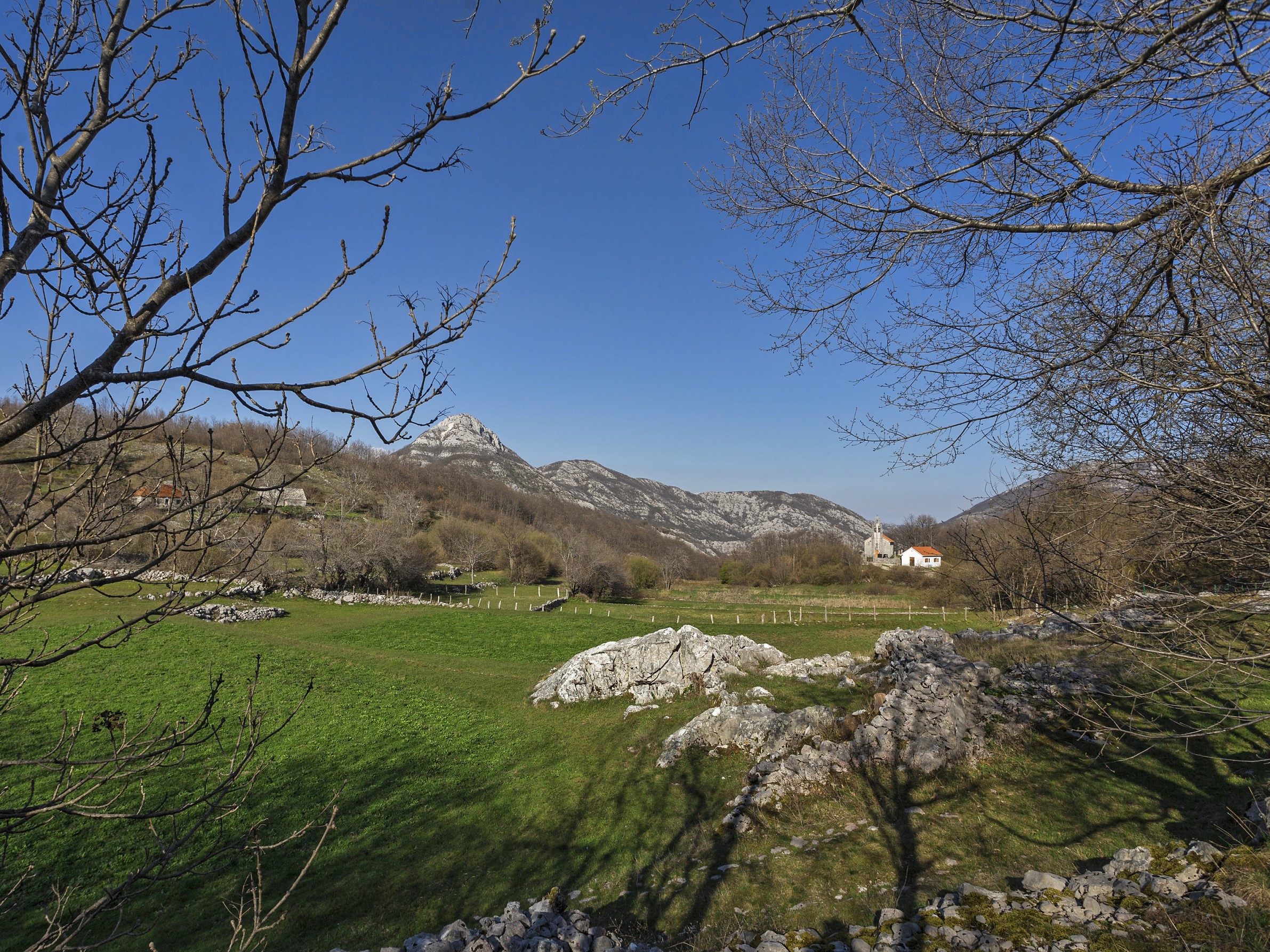 It’s an area of deep karst, covered by thick deposits brought by the glaciers from Mount Orjen

By the year 1684, Krivošije had been under the Turkish rule, and then under the venetians up to 1797, when it falls under Austro-Hungarian rule. From 1807 to 1813, Krivošije is under the French rule, and then briefly under the Montenegrin dominion, only to fall once again under the rule of Austro-Hungarian Empire in 1814 until the establishment of Yugoslavia in 1918. This was a strategically very important part of Risan hinterland, which is testified, by its military character. Besides the very inhabitants of this area, its contents satisfied the needs of 7 000 soldiers. To illustrate, one should mention numerous shops, military training grounds, church, cinema, tennis courts, football pitch, bowling alley, school, Hotel “Crkvice”, and especially the military bakery, second in Europe by its capacity – it produced 24 tons of bread per day. During the World War II, famous twenty-day-long battle was fought at Ledenice, the birthplace to the national hero Savo Ilić, between the members of the First Boka Strike Brigade, the First Company of the Second Dalmatian Brigade, and the retreating German soldiers, in November 1944, after which Kotor was liberated on 21st November. The inhabitants of Krivošije continued leaving the area even after the World War II, as a consequence of the development of industry and marine shipping in the coastal settlements of Boka Kotorska Bay, but also in other places. In plain words, with the loss of strategic importance Krivošije also lost its population.

Make the Most of Your Time in Kotor