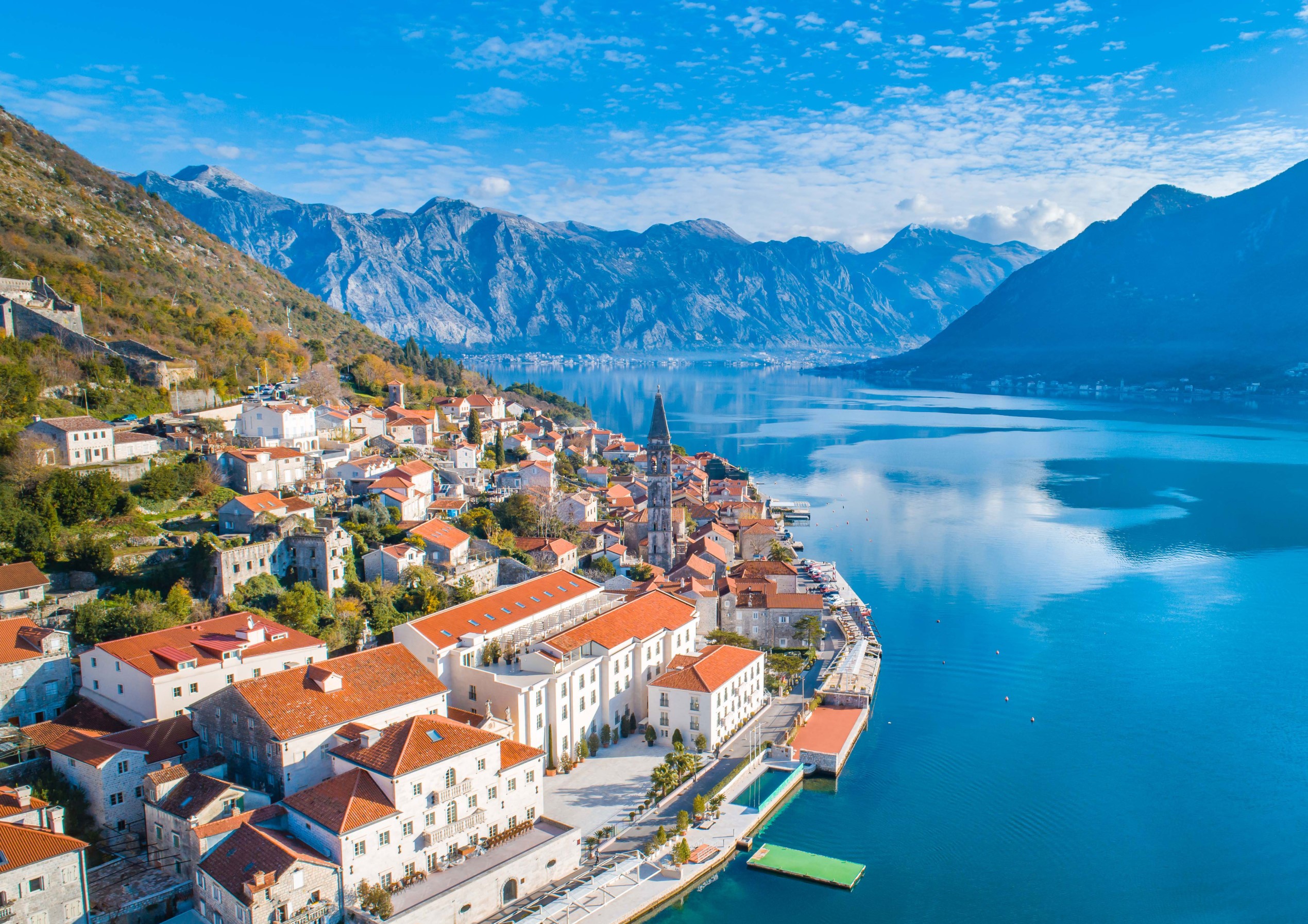 Perast is a picturesque village opposite to Verige Strait, regarded the strait as the entrance to Kotor – Risan Bay

Owing to its geographic position and specific microclimate, Perast has more sunshine and less rainfall than other places in the bay. This was confirmed by measurements – Perast receives on average around 1 700 mm of rainfall or 1 500 mm less than Risan, only three kilometres away!

Because of its position, opposite to Verige Strait, Perast as early as in 1336 had its shipyard, active up until 1813. In the last year of the Venetian rule in Boka, in 1797, Perast possessed 80 ships out of the total of 525 then present in the bay.

Perast is an example of a spontaneous urban formation with a deep respect to the nature and its shapes.

The urban plan is simple. There is a road running along the seafront, and parallel to it to a larger extent, a street whose stairways branch off to the upper parts of the Town. Moreover, the street is formed with rows of buildings on both sides.

In the centre of the Town, there is a square with the Church of St. Nicholas, built in Renaissance and Baroque style of the 17th century, with the 55 metres tall bell tower.

In the centre of the Town, there is a square with the Church of St. Nicholas, built in Renaissance and Baroque style of the 17th century, with the 55 metres tall bell tower.

The church of Our Lady of the Rock on the islet with the same name, has incorporated an equally important gallery with the paintings of the renowned artists: Tripo Kokolja, Lovro Marinov Dobričević, Vojo Stanić and others.

Among 17 churches that exist in Perast, the oldest one is Holy Cross (9th century), after which the fortress above the town got its name.

Perast gave many prominent personalities, one of which is Matija Zmajević (1680–1735), admiral in service of the Russian fleet under whose command Russians conquered Swedes in 1721.

Among numerous buildings in Perast, those that stand out by are: castle of Andrija Zmajević, Archbishop of Bar and Primate of Serbia (1624–1694), with a church and octagonal bell-tower from the second half of the 17th century, Visković Palace (16th – 19th century), and renaissance Bujović Palace, which houses the Museum of Perast.