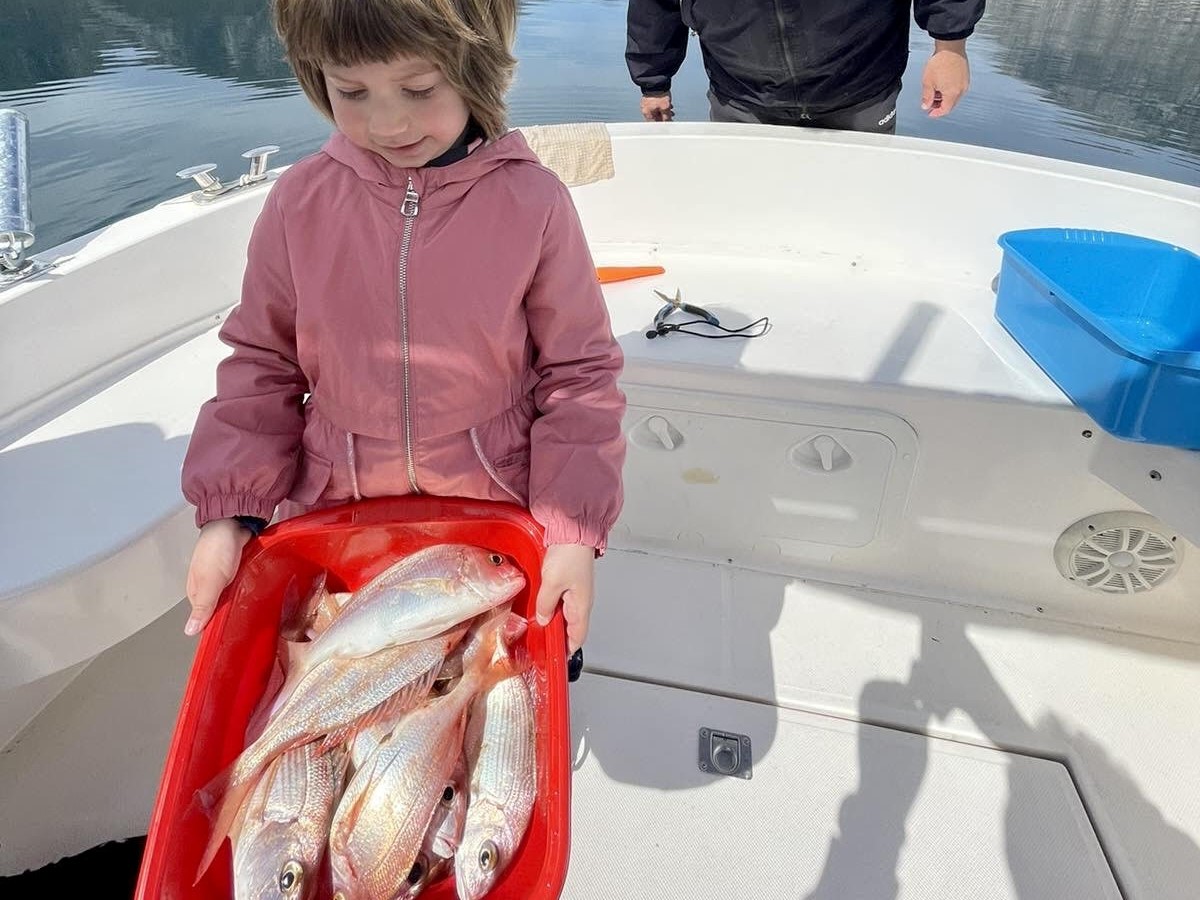 See and do / Fishing

Enjoy in fishing and keep your catch!

Kotor has a long fishing tradition. Many locals still have owner operated fishing boats. Some are born to fish, and they do so from their childhood days

Guides / Orahovac and Dražin Vrt Fishermen villages   Orahovac is known for its greenery, gravel beaches and maritime tradition One of the jaw-dropping views of the Kotor bay one can enjoy from a rock near a church right up the village. In this church, named after the Saint George, there are frescoes from the end of the 15th and the beginning of the 16th century. Similarly to Ljuta, Upper Orahovac was destroyed during the World War II. The houses were [...]

Guides / Strp and Lipci Fishermen and legends   Former seamen and fishermen settlement, nowadays, it is more Strp and Lipci are more recognized as summer resorts Strp is a village along the road from Risan to Herceg Novi, some 3 km away from Risan. In itssubmarine area, an archaeological site was found dating back to the 4th – 7th century. Farther on, we come to the settlement called Lipci (50 inhabitants). There is a rock shelter there on the [...]

Events / St. Tryphon festivities Boka Navy: Let's offer hands to each other     It is hard to find an organization that has for such a long time – 1207 years, managed to preserve its attributes that make it a living intangible cultural heritage. These attributes are: customs, language and costumes. It is a popular belief that the presence of Boka Navy in Kotor dates back to 13th January 807, when it allegedly took part in the translation of [...]

Guides / Kostanjica and Verige Strait Green oasis of chestnut tree   Last in the sequence of settlements in the northern part of Kotor – Risan Bay This settlement of fishermen and seafarers is becoming more and more interesting for tourists. This is the end of the inhabited part of this section of Kotor-Risan Bay, going in direction of Herceg-Novi. The coast continues towards Verige Strait, where there is the so called Turkish Promontory, named so because this area had [...]

Guides / Dobrota About goodness     Lots of sun, many springs and mild climate of this area, probably influenced the origin of the name of Dobrota, which in Serbo-Croatian means goodness The inhabitants of Dobrota distinguished themselves, not solely as seamen, but also as warriors, participating in the famous battles. Moreover, Dobrota is known for its captains’ houses, which surrounded by “emerald waters and soaring mountains rival anything in the Italian lakes” The oldest preserved monument is the Church [...]

Surrounded by mountains and sea, Kotor, like few places, offers plenty of attractions and activities to see and do. From swimming in the crystal clear water, through boating, fishing, to exploring the hills and canyons of rivers that flow violently into the sea. Guided tours Kotor Walls Hiking and trekking Via ferrata Boat tours Fishing Canyoning SUP Kayaking Cycling Diving & snorkeling Events Our touroperators

All about Boka Kotorska   Rare are the bays in the world that resemble Boka Kotorska, be it by their origin, horizontal and vertical fragmentation, natural phenomena, rich and diverse cultural heritage. These particularities had long adorned it, attracting its visitors, but also numerous writers, poets and artists. In Boka, they would seek motivation, inspiration, and some of them also natural medicine. Boka has managed to preserve those peculiarities until the present day. Rarely does one see such special symbiosis [...]

Guides / Old town Under the mount Lovćen     Kotor Old Town was built by centuries of adaptation to the nature Old Town Kotor is situated at the foot of the mount Lovćen, Montenegro. Although there is material evidence that people lived in the immediate vicinity of the present historical center in the 6th century BC, the first records of the town of Kotor date from the 1st century AD. It is believed that in the period from the [...]

Guides / Stoliv Luxuriant nature of mount Vrmac   Stoliv is surrounded by chestnut tree forest. It is also a town where the camellia, far east flower brought to the bay by its sailors, took root     The road leading along the coast, along the foot of the peninsula and mountain of Vrmac (768 m), takes you to Lower Stoliv – a village, on the north-eastern side of Vrmac peninsula, opposite to Perast. The village was created with the [...]

Events / Roman Night Gladiator combat, fire eating and many more   The idea is to point at the importance of history and archaeology in tourism, as well as to foster culturo-touristic offer, at the same time contributing to an international promotion of the ancient Risan through presentation of culture and local Roman tradition Last days of July Risan Gladiator combat with wooden practice swords and shields, tug of war, throwing in walnuts, Roman clothing sessions are the central part [...]